Bangalore April 2019:- A one day conclave organized to mark the 78th Birth anniversary of founder Sri G C Surana An inspirational leader, also founder of Micro Labs Private Limited in 1973 and Surana College in 1995. His perseverance and leadership took both institutions from a modest start to their eventual success. Hence the theme, Convergence of Industry – Academia expedition.

While addressing the media Sri. Dilip Surana, Chairman
Surana Educational Institutions & CMD, Micro Labs Ltd said that “I am delighted to recall the legendary poet Shri. Rabindranath Tagore’s golden statement that “You can’t cross the sea merely by standing and staring at the water”, which aptly embraces the main theme of 2nd Annual GCS Conclave, “Convergence of Industry-Academia Expedition”. By virtue, higher education institutions and industries are the backbone of any country’s economic eco-system. Success of any organization is primarily driven by the knowledge it possesses and the ability of its team to apply that into practice effectively. 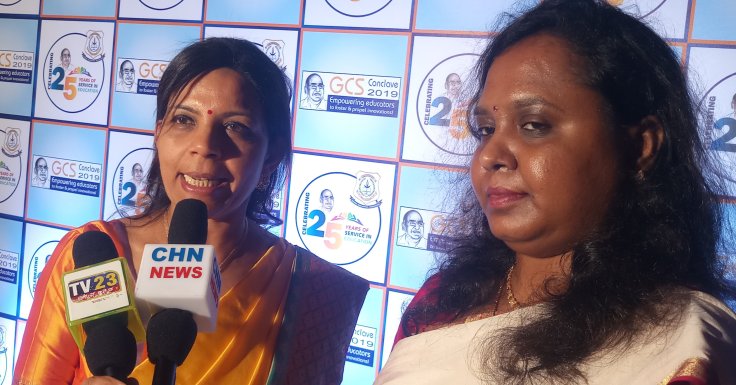 Mrs. Archana Surana, Managing Trustee said “In the past edition of the awards, SEI had recognized entrepreneurs academicians, administrators, social activists, leaders for their excellence in their initiatives, innovations and unique practices. This year marks the Silver Jubilee of SEI, to celebrate this milestone, the committee has widened the scope by introducing Industry – Academia convergence as the theme.

This site uses Akismet to reduce spam. Learn how your comment data is processed.